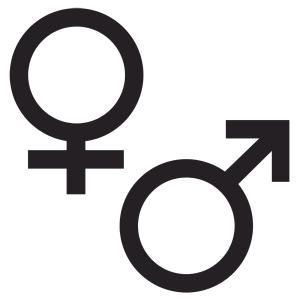 There is, without question, gender disparity in highly selective college admissions. Any assertion otherwise ignores the body of data.

There’s was an excellent article published a couple of weeks back by Jon Birger for “The Washington Post.” The piece focuses on the disparity in college admissions for males and females. As the regular readers of our college admissions blog know well, there are more highly qualified female applicants to highly selective universities than there are highly qualified male applicants to these universities. It’s not true at just one school. It’s true at just about every highly selective college (with a couple of notable exceptions like MIT).

As Mr. Birger writes, “In 2014, 11 percent of men were accepted at Brown versus 7 percent of women, according to U.S. Department of Education data. Brown is hardly the only, or the worst, offender. At Vassar College, the 34 percent acceptance rate for men was almost twice as high as the 19 percent rate for women. At Columbia University, the acceptance rate was 8 percent for men versus 6 percent for women. At Vanderbilt University, it was 15 percent versus 11 percent. Pomona College: 15 percent versus 10 percent. Williams College: 21 percent versus 18 percent. This bias in private-college admissions is blatant enough that it can’t be long before ‘gender-blind admissions’ becomes the new campus rallying cry.”

And we of course will believe that colleges will be gender-blind the moment we start believing they’ll be need-blind. As the regular readers of our college admissions blog know, need-blind admissions is a total and complete myth perpetuated by the admissions community. The fact is that until there is balance in the applicant pools to highly selective college between males and females, colleges will always overcompensate by holding females to higher standards. The following quote from the former dean of admissions at William & Mary has appeared on our college admissions blog before, but we’ll reference it again, as it’s cited in Mr. Birger’s piece: “We are, after all, the College of William & Mary, not the College of Mary & Mary.” We at Ivy Coach applaud his candor. It’s rather refreshing.