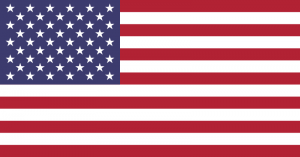 College students are moving home after graduation in record number — underemployed. How can our country buck this trend?

College graduates across the country are moving home in record number. In fact, a study by TwentySomething Inc. reports that an astounding 85% of college graduates will have to move back home and live in their childhood bedrooms. After having their first taste of freedom in college, these grads can’t be all that happy. And think about their parents who now have to live with their kids all over again!

According to “The Huffington Post,” “‘This is our country and this is our future and we’re failing them,’ says [Andrew] Sum, [professor of economics at Northeastern University], who reports a record number of 2011 graduates returning home to their parents’ nest. As a consequence, Sum sees young graduates not only delaying the formation of their own households, but consequently unable to achieve a desirable standard of living.

And what do these kids do once they move back home? In a word, it’s called underemployment. There’s even a TV series in development at MTV chronicling the lives of underemployed 20-somethings. Fittingly, it’s called “Underemployed.” According to “The Huffington Post,” “Using data from the U.S. Bureau of Labor Statistics, Sum reports that as many as 50 percent of college graduates under the age of 25 are underutilized, meaning they’re either working no job at all, working a part-time job or working a job outside of the college labor market — say, as a barista or a bartender.” And these grads are in some serious debt — an average of $27,200 according to a National Postsecondary Student Aid Study.

Do you think this moving home in serious debt (and being underemployed) trend will come to an end anytime soon? And how do you think university career counseling offices should be attempting to combat this rising trend? Let us know your thoughts by posting below!