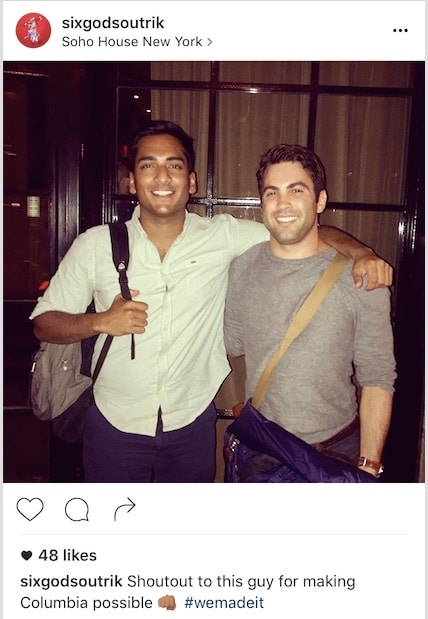 Ivy Coach will not support any measure that makes it more difficult for veterans of America’s armed forces to earn admission to our nation’s most elite institutions.

One of the ways in which highly selective colleges often add to the diversity of their student bodies is through the transfer admissions process. In the transfer process, these schools are often inclined to admit students who either wouldn’t apply as high schoolers or wouldn’t have had a shot of earning admission had they applied in the traditional round. Maybe it’s a veteran of America’s military. At Ivy Coach, we love our veterans. It’s why we offer pro bono services exclusively to select veterans of our armed forces. And highly selective colleges so often love our veterans too — in the transfer admissions round.

Or maybe it’s a student transferring from community college. Maybe it’s a student who really grew up after graduating high school and became committed to their studies. Maybe they just couldn’t test all that well. Maybe it’s a first-generation college student or a student from a low-income background. It’s these kinds of students who may not have a shot when they apply as high schoolers but sure can have a shot in the transfer admissions process. And why are colleges more inclined to admit these students in the transfer process? Beyond adding to the school’s rich diversity, these students are essentially freebies — as in their grades, their scores, and more don’t hurt the receiving institution.  So the schools get to add to their diversity without facing any consequences when it comes to the rankings they value so dearly.

Should the Data of Transfer Students Count?

As Jay Mathews writes in a terrific piece entitled “Meet Barack Obama and Donald Trump, college failures. Really?” for “The Washington Post,” “‘Transfer students are washed out of college reporting because they’re only included in data for the school where they started college, not for the school that enrolls them next,” [Bart Grachan, associate dean for progress and completion at LaGuardia Community College] said. Here is Grachan’s favorite example of this injustice: ‘Barack Obama and Donald Trump are both, statistically, college failures. Both transferred, so technically, no school ever reported them in their graduation statistics, and two schools [in their cases Occidental College and Fordham University] had to report them as failures to complete.’ Whatever your view of those gentlemen’s later accomplishments, you have to admit that’s unfair and inaccurate. And it gets worse. Not being able to boost the completion rate of the college they have transferred to means that school has little incentive to help them succeed.”

And while we respectfully appreciate Bart Grachan’s sentiment, we are in favor of transfer students remaining data ghosts at our nation’s elite institutions. In the case of America’s veterans, as an example, highly selective colleges are motivated to admit these fine young men and women — even in some cases in spite of their high school grades and scores — because of their selfless service to our nation. If these students’ numbers counted towards a school’s ranking, well, they’d be less inclined to admit them. These students are so often deserving of admission, irrespective of their grades and scores. And we at Ivy Coach won’t support any measure that hinders the ability of our servicemen and women to receive the finest education in America. No Sir, Mr. Grachan.