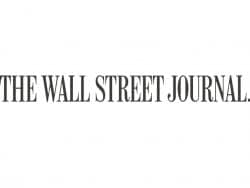 ‘Tis the season for college rankings. “The Wall Street Journal” has in fact released a college ranking this week, one based on graduation rates, salaries, and debt repayment. So it’s certainly a very specific kind of ranking. As articulated in a piece by Melissa Korn for “The Wall Street Journal” entitled “How Colleges Stack Up on the Payoff for Students,” “Students choose a college for all kinds of reasons—from the courses it offers to the quality of its football team—but in dollars and cents, the best measure of a good college is what happens after graduation. Can the new grads find jobs? Can they repay their loans? Will their diplomas open doors—or shut them?…That’s why The Wall Street Journal/Times Higher Education College Rankings weighted outcomes as the most important factor in our overall ranking, with a hefty 40% of the total score.”

The schools that rank highly in this particular ranking tend to have big financial aid budgets so their graduates tend not to graduate in as much debt as do graduates of less wealthy institutions.

And why did Yale take the crown? According to Korn, “A whopping 97% of its first-time, full-time students graduate within six years and 95% of those with federal loans were paying back some of the principal three years after graduation. Within 10 years of starting school, median salaries for Yale graduates who got federal aid and are therefore in the government’s College Scorecard database top $70,000.”

Congratulations to Yale for topping this particular, very specific college ranking! Oh, and yes, the “US News & World Report” college ranking for the year is out too. After all, it’s September. So there’s fall foliage and college rankings. Naturally.