Getting into Highly Competitive Colleges 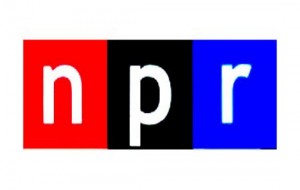 The phrase “the most competitive class ever” is spin. “Application inflation” is more like it.

There was a segment on “NPR” in which the hosts and an “NPR” reporter discussed why colleges are receiving more applications each and every year. They discuss how getting into highly competitive colleges like those in the Ivy League would presumably get more challenging if more applications are being received but, alas, it’s not getting all that more challenging. And they’re right. It’s aptly labeled application inflation.

According to Janet Lorin, a “Bloomberg” reporter interviewed in the segment, “You want to appear to be more selective. It’s a part of the US News & World Report rankings. And it also makes you look more selective, and that’s in some ways appealing to students because they are going to a selective place. It also makes it appealing to alumni to think that their college is even more exclusive.” Janet Lorin is correct.

Are there more high school seniors than in 1991 or even 2006? Yes. But therein does not lie the difference. The difference is that more students are applying to more colleges, more colleges joined the Common Application, and colleges are inflating their numbers by sending brochures in an effort to recruit students who don’t have a chance of ever getting admitted. That’s the difference. Getting into highly competitive colleges isn’t getting that much more difficult…at least not as difficult as people may think. The phrase “most competitive class ever” is spin.

Check out the “NPR” segment audio and transcript here.

And check out our Ivy League Admissions Statistics and Sign Up for a Free Consult Today!