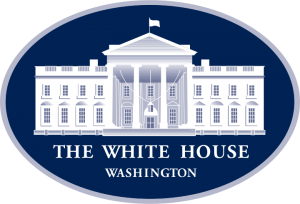 The federal government won’t be competing with the “US News & World Report” rankings anytime soon. Try as they might.

Bev Taylor, Founder of Ivy Coach, has been quoted today on the pages of America’s oldest daily college newspaper — Yale University’s “The Yale Daily News.” Or maybe it’s America’s oldest independent daily newspaper. Dartmouth has the oldest college newspaper — though it wasn’t daily at the time it first came out back in the 18th century. Anyhow, who knows. Enough of this tangent. Bev was quoted today in a piece in “The Yale Daily News” written by Tyler Foggatt and Rachel Siegel entitled “White House college rating system draws criticism.” The piece focuses on a new federal college ranking system by the Obama administration in which colleges are judged based on “issues like accessibility to low income students, employment rates for graduates and affordability.” The administration intends to supply more federal aid to universities that score highly in this particular ranking.

So where do we at Ivy Coach stand on this particular ranking? We understand it could have merit for students and parents who are heavily concerned about affording the costs of attending a highly selective college. But here’s what Bev had to say, as quoted in “The Yale Daily News”: “Bev Taylor, the founder of Ivy Coach — a New York-based college consulting firm — said that even if the Department of Education were to produce accurate ratings, it is unlikely that they would have a significant effect on the college choices of certain groups of students. ‘There’s always going to be students and parents who look at the prestige of a university, and not the cost,’ Taylor said. ‘And so if a school is going to be more highly rated because it has a lower sticker price, it’s not going to matter to this group of applicants.’ Taylor added that applicants not focused on cost effectiveness will probably default to using the U.S. News and World Report college rankings as a resource, since the U.S. News rankings are currently the most widely read.”

The fact is that a college ranking system that is, in large part, based on cost isn’t going to be the ranking system embraced by a sizable percentage of the applicant pool…and the applicant pool’s parents. This pool will always default to rankings like “US News & World Report’s,” which, for years, has maintained the most widely accepted college rankings.

While you’re here, read about a White House report emphasizing the need for more — and better — college counseling training among school counselors at American high schools.