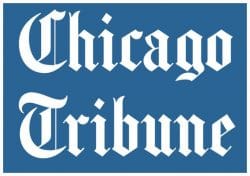 There is a fantastic editorial by Gary Saul Morson on the pages of “The Chicago Tribune” that focuses on how colleges manipulate their rankings.

‘Tis the season for college rankings — rankings that are indeed manipulable by colleges. If you happen to be the parent of a rising high school senior or if you’re a high school senior yourself, you know that college admissions officers are quick to state that they don’t give a lick about rankings in information sessions. We encourage you to smile and nod when they utter such nonsense. And it is nonsense. Every highly selective college in America cares about its ranking, the most important of which is determined by “US News & World Report.” Sometimes when you repeat something enough, you begin to believe it. So don’t necessarily think of it as college admissions officers are lying to you. Think of it as they’ve been programmed to believe this nonsense. But most of them know better. We’d know — we hire former admissions officers from our nation’s most elite universities at Ivy Coach.

Manipulating the Number of Applicants

Highly selective colleges in fact care so much about their respective “US News & World Report” ranking that they’ll do quite a bit in order to gain an edge in such rankings. And just how do they do this? Where to begin. For starters, many of these schools market to students who don’t have a shot on god’s green earth of earning admission. And these schools know this darn well. After all, they get these students’ information through College Board and so they know the students’ test scores. Colleges so often market to students with test scores well below their mean. And why? The more students who apply — even if they’re unqualified — the lower the school’s admission rate will invariably be. It’s simple math.

A school’s admission rate is a key factor in the all-important “US News & World Report” ranking. Beyond encouraging unqualified students to apply, some highly selective colleges prematurely turn to their waitlists. As an outstanding opinion piece by Gary Saul Morson up on “The Chicago Tribune” points out, “Some selective schools go to supposed ‘wait lists’ long before the national response date of May 1. If a student is unlikely to come — say, because her scores are way above your school’s average — put her on the wait list, then call the next day and tell her that if she decides right then to accept an offer of admission, she is in. If she asks to think about it, go on to the next applicant. No wonder the yield off the wait list is so high. Unless a student agrees to come, she was never admitted!” Gary Saul Morson couldn’t be more on point. Indeed one of our students received one of these very phone calls last year. He didn’t give the admissions officer an answer right on the spot. Instead, he called us to find out what he should do. We shouted to him at the top of our lungs, “Call him right back and accept!” He listened.

And how about those schools that are “test-optional” — now they’re so holistic in their approach that they truly aren’t concerned with manipulating college rankings, right? Wrong. “Test-optional” colleges can be among the biggest manipulators of college rankings. And how? As Gary Saul Morson astutely points out, when colleges are test-optional, typically only students with very strong test scores end up reporting their scores. This means that students who have weak test scores don’t report this data and the college is under no obligation to report this data they never received to the publications that rank colleges.

Some colleges don’t offer admission to students for the fall. Instead, they offer them a chance to matriculate in the spring. Or sometimes they even offer them a chance to matriculate the subsequent year — through a guaranteed transfer offer. One Ivy League college in particular loves its guaranteed transfers. You know who you are. So what is one advantage of delaying the admission of students? You guessed it. These admitted students so often don’t count as admits for college rankings. Rather, they count as students who were denied admission, further lowering that admission rate.

As Julie Andrews sang it, these are but a few of our favorite ways how colleges manipulate the rankings. There are more, which we’ll be sure to cover in upcoming posts. But if one particular way comes to mind, be sure to share it in the Comments section below. We look forward to hearing from you.