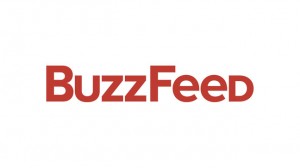 Brown, Dartmouth, Princeton, Penn, and Columbia are the five smartest, sexiest colleges in America, according to “BuzzFeed.” In that order.

No two college rankings are the same, right? Well, we’ve got a “BuzzFeed” college ranking for you. And what’s “BuzzFeed’s” college ranking called?: The Sexiest, Smartest Colleges in the Country. So which highly selective colleges rank among the sexiest, smartest colleges in the country, you ask? Placing tenth is Carnegie Melon University, which ranked 69th in academics and 32nd in hotness. The University of Virginia placed ninth. The alma mater of Tina Fey placed 36th in academics and 40th in hotness.

Placing second in the “BuzzFeed” college ranking is Dartmouth College. The alma mater of Connie Britton came in at 34th in academics and 4th in hotness. But it’s Brown University that claimed the title for this ranking. Brown ranked 19th in academics and 5th in hotness. What say you about this ranking? Do you think another school should have been included in the top ten? Let us know your thoughts by posting below. And, while you’re here, read about another college ranking formula.