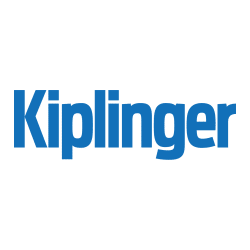 “Kiplinger” has released a ranking of the best value colleges.

“Kiplinger” has released a report on the “best value colleges” that we figured we’d share with the readers of our college admissions blog. As “Kiplinger” describes their rationale and methodology, the ten schools they’ve ranked “represent the top-scoring schools from our combined rankings which compare private universities, private liberal arts colleges and public colleges (based on out-of-state costs) to help you see your options side by side. We rank our full list of 300 colleges and universities based on our definition of value: a quality education at an affordable price. Among the factors we consider for academic quality: competitive admission rates, high four-year graduation rates and low student-faculty ratios. On the cost side of the equation, we look for schools with a reasonable price tag, generous need-based aid for students who qualify, and low student debt.”

So which schools made the cut for “Kiplinger,” you ask? Ranking tenth is the University of North Carolina at Chapel Hill. Ninth? Yale University. Placing eighth is Pomona College, while Rice University rounded out the seventh slot. Vanderbilt University placed sixth. Swarthmore College took the fifth slot. Davidson College (hi Steph Curry) took number four. Harvard University took third while Princeton University took second. And the grand prize winner, as according to “Kiplinger”? That would be Washington and Lee University. So three Ivy League colleges in the top ten — Harvard, Yale, and Princeton.