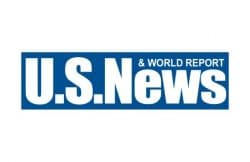 The 2017 “US News & World Report” college rankings are out. In the world of highly selective college admissions, this is always an event worthy of a calendar notation because the “US News” rankings matter quite a bit. To colleges. To parents. To students. To alligators. Ok, maybe not to alligators. We were being a bit silly there. Roll with it.

So there are cheers at the University of Chicago for sure, with the school climbing up from a three-way tie for fourth in the 2016 “US News” ranking into a two-way tie for third. UPenn climbed a notch to tie Duke for the eighth slot this year. And there are cheers at Johns Hopkins this year, too, with the school climbing into the top ten, pushing out the California Institute of Technology, a school that has historically topped this very ranking more than once.