The Common App Goes Down Again 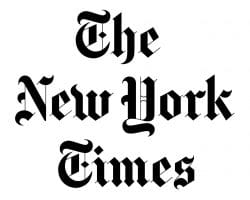 A piece in “The New York Times” brings to light how the Common App. went dark again this year for a couple of hours just two days before the Early deadline.

Here we go again. It seems like déjà vu — as thousands upon thousands of students were just about ready to click ‘submit’ on their Early Decision and Early Action applications less than two days before the looming deadline, the Common Application went down. The Common Application cited “technical difficulties” as the company took the system offline for a whopping two hours. For those parents who feel like they’ve been through this before, they might be right. If you were the parent of a high school senior at this time four years ago, take solace in the fact that the glitches this year haven’t been nearly as bad as they were in 2013. In 2013, many colleges had to extend their deadlines because of the issues with the Common Application platform.

Common Application Should Learn from Past Mistakes

As Anemona Hartocollis writes for “The New York Times” in a piece entitled “College Application Website Went Down As Deadline Looms,” “Jennifer Dart, a spokeswoman for the Common App, said on Tuesday that the portal ran into trouble because of ‘unusually large and intermittent spikes in system activity.’ She offered an apology to all those affected, saying that “the last thing we want is to add any more stress” to the college application process. According to the Common App Twitter feed, the portal was down from 11:30 p.m. Eastern time Monday until 1:30 a.m. Tuesday. Some users, however, said problems persisted after that time.”

Let’s get this straight. ‘Unusually large and intermittent spikes in system activity.’ Can you say, “Duh!” Of course there are going to be spikes in activity around November 1st of every year and then again around January 1st. The Early Decision / Early Action deadline for most colleges is November 1st and the Regular Decision deadline is January 1st. These spikes are regular. In fact, they’re annual. So why oh why would these spikes be considered ‘unusual’? If Jennifer Dart, the spokeswoman for the Common App., doesn’t realize that these spikes occur annually, perhaps someone at Common App. could give her access to their Google Analytics account so she can see these trends with her own two eyes? Her response is, as Anderson Cooper would likely say, ridiculous.

Common Application Can and Must Do Better

If you’re a regular viewer of ABC’s “Shark Tank,” you know that some entrepreneurs who’ve appeared on the show have lamented that their websites have crashed when they appeared on the show, which was most unfortunate because they were hoping to convert many of the audience members into instantaneous customers. These entrepreneurs should’ve known better. They should have learned from past entrepreneurs who’d been on the show and experienced the same issue. They should have realized that millions of people were about to learn about their company and that a sizable percentage of these millions would then flock to their website. They should have prepared their sites for the increased traffic — for the spike.

And just as these entrepreneurs should have known better, Common App. should know better. They’re not new at this game. They’ve been the main platform for most college applicants for quite a long time. The process hasn’t changed. The vast majority of students apply to schools at two different times — November 1st and January 1st. It’s high time that Common App. realizes this and ensures that their site doesn’t crash because of the usual spikes at these times. Note the word usual. We thought we’d emphasize it. Typical, annual — whichever you prefer.