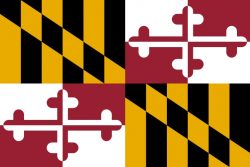 The Maryland Senate recently overrode a Governor’s veto to ban the box in college admissions.

As reports Michael Dresser in a piece entitled “Maryland Senate overrides Hogan veto of bill barring college admissions from asking about arrests” for “The Baltimore Sun,” “For the second time in one day, the Maryland Senate overrode a veto from Gov. Larry Hogan. voting Friday 32-15 to enact a bill barring colleges and universities from asking about arrests and convictions on initial application forms. Proponents of the so-called ‘ban the box’ legislation said it would remove a barrier deterring people with criminal records from even applying to college. Opponents, echoing Hogan’s veto message, said the measure could endanger students on campus by permitting violent offenders, including rapists, into their midst.”

Which state was the first state in our union to ban the box in college admissions? …Louisiana.

We’ve never been sure where we stand on this issue. We’re torn. It’s because we believe in the power of redemption but we also believe that students have a right to be safe on college campuses. Students should know if someone on campus has been convicted of a violent crime. But not all crimes are created equal. And certainly colleges should have no right to ask applicants if they’ve ever been arrested. Many people are wrongfully arrested — and not convicted of any crimes because they did no wrong. This is particularly the case in sought after college admissions demographics…so why should colleges include questions about arrests that dissuade these very students from applying? It just wouldn’t be right.

The Common Application does not ask if students have been arrested in their pasts, though it does ask if they’ve been convicted of a crime. We’re ok with this question. But it’s certainly not perfect. Do our readers have a middle ground in mind between the premise of the “Ban the Box” movement and the notion that students have the right to feel safe on college campuses? And what do our readers think of Maryland banning the box in college admissions? Let us know your thoughts by posting a Comment below.