The Legal Challenge to the Common Application 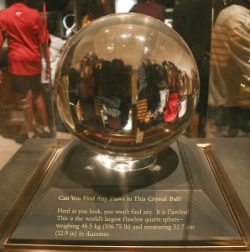 Ivy Coach’s crystal ball strikes again! This isn’t a photo of our crystal ball. We keep ours under lock and key.

The Common Application, the platform of choice for the vast majority of students applying to college across America, is under legal fire. And we can’t say we didn’t see it coming as Ivy Coach’s famous crystal ball predicted a legal challenge to the Common Application years ago. In fact, in a 2013 piece for “The Huffington Post,” Ivy Coach’s Founder, Bev Taylor, argued that the Common Application uses tactics to monopolize the college application marketplace and thereby restrain the trade of potential competitors — in direct violation of America’s free markets. Well, a company that seeks to gain ground in the college application marketplace, CollegeNet, seemed to agree with our assessment. CollegeNet, which created the Coalition platform, has been involved in a legal battle with Common App. for three years now. So, do they have a case?

…You bet they’ve got a case. As Harry Trustman writes for “The Daily Pennsylvanian” in a well-titled piece, “The Common App has been accused of running a ‘collusive cartel’ in the admissions industry,” “According to The Chronicle of Higher Education, the Common App has historically allowed member colleges to pay significantly less per applicant if they agree to offer online applications only through the Common App. This discourages colleges from offering multiple online applications. CollegeNet alleged in the initial lawsuit that this policy has cost its company more than 200 college customers in the last 10-15 years.” As Bev wrote in 2013, “The fee for each application submitted is greatly reduced when the college uses the Common Application exclusively. In other words, the Common Application incentivizes their exclusive use by penalizing the colleges that offer an alternative application. It seems logical that one could argue that this is thereby a restraint of trade.”

The Legal Challenge to the Common Application

While the Common Application has won a couple of rounds to date in this legal challenge brought by CollegeNet, where there’s smoke there’s fire. And there is certainly smoke. In the years since CollegeNet brought this suit against the Common Application, Common App. has largely phased out their pricing system — which included lower fees to colleges that used its application on an exclusive basis. So it seems we may have been onto something when we asserted back in 2013 that the Common App. was attempting to restrain trade. And, keep in mind, there are few more outspoken critics of the Coalition application than Ivy Coach (as our regular readers know quite well!) but in spite of our views, we believe every company should have their fair shot at breaking into a market in the United States of America. For too long, we believe Common App. monopolized this market with unfair tactics. We’re glad those days may now be behind us.