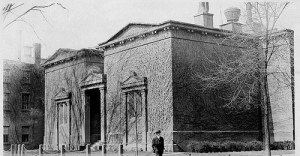 Should legacy admission still exist? Let us know your thoughts!

Legacy admission has been hotly contested for many years. Should some applicants have a distinct advantage over other applicants just because their parent(s) attended that very university to which they are applying? Should the fact that a parent donated money to a university impact his/her child’s chances of admission? Whether or not it should, the fact is that it does.

According to “The Choice” blog, “Mr. Kahlenberg, citing research from his book ‘Affirmative Action for the Rich: Legacy Preferences in College Admissions’ made the case that getting into good schools matters — 12 institutions making up less than 1 percent of the U.S. population produced 42 percent of government leaders and 54 percent of corporate leaders. And being a legacy helps improve an applicant’s chances of getting in, with one study finding that being a primary legacy — the son or daughter of an undergraduate alumnus or alumna — increases one’s chance of admission by 45.1 percent.”

“Mr. Brenzel argued that Mr. Kahlenberg’s data was too broad. At Yale, legacies make up about 10 percent of the 2010-11 undergraduate class compared with 31.4 percent in 1939, he said. ‘We turn away 80 percent of our legacies, and we feel it every day,’ Mr. Brenzel said, adding that he rejected more offspring of the school’s Sterling donors than he accepted this year (Sterling donors are among the most generous contributors to Yale). He argued that legacies scored 20 points higher on the SAT than the rest of the class as a whole.”