The Importance of Not Bragging on the College Application 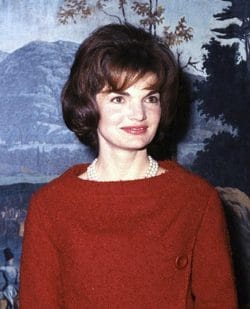 Jackie Kennedy knew what was up.

Bragging in the highly selective college admissions process can have disastrous implications. The funny thing is that most students and their parents don’t even realize when it is that they’re bragging. Maybe it’s touting an accomplishment in the Personal Statement or in a supplemental essay for a given college. Maybe it’s flaunting wealth and privilege in other aspects of the application. The fact is that every single component of a college application matters. Even one answer that comes across as a brag can torpedo an applicant’s chances for admission. To brag is to jeopardize your shot of admission. But as we tell our students at Ivy Coach, show don’t tell. So allow us to share a story with our loyal readers about one particularly savvy and trendsetting parent of a college applicant. It’s a parent you just might know!

How One Mother Downplayed Influence

A piece by Stephanie Petit for “Yahoo Entertainment” focuses on the story of how one mother downplayed her family’s status. The piece, entitled “How Jackie Kennedy Filled Out Son JFK Jr.’s College Application — And Fought to Keep Him from Flunking” doesn’t just focus on any mother as the title implies. It happens to focus on one of the most influential mothers, and women, in American history, Jackie Kennedy. When Jackie filled out John Jr.’s application to Brown (John John was off in Kenya at the time), she listed her late husband’s occupation not as a former President of the United States. Rather, she listed “Government.” She was cool, that Jackie O. There was a family section as part of the application at the time and in that section, Jackie wrote, “Family life: Mother, sister grew up in New York City. Spends part of the summer by the sea in New England with many cousins.” Hey, it’s all true! Caroline and John Jr. did grow up in New York City. They did summer in New England by the sea. So those cousins happen to be the progeny of the likes of Robert F. Kennedy and Ted Kennedy — no big deal!

There’s a lot that can be gleaned from this story of our former First Lady filling out her son’s college application to Brown. Admissions officers at Brown of course knew this was the son of arguably the most influential couple in American history. They weren’t born yesterday. She didn’t need to tell them. She played it cool. Now would it matter if she didn’t play it cool? No. John John would have gotten into Brown anyway in all likelihood. But that doesn’t mean the approach of Jackie Kennedy to her son’s college application can’t be applied to the children of other influential families — it’s spot on.

And, just as a side note, every now and then we hear a comment from an influential figure that goes something like this: “My child didn’t get in because of who I am. He got in on his own.” Oh yeah? You don’t think college admissions officers saw your name, your occupation on that college application? It’s an entire section of the application. That’s nonsense. Nobody — and we mean nobody — has any way of knowing if someone got in all on their own or not. But just to put the nail in that coffin, you bet admissions officers want to admit the children of influential people. Can you say commencement speaker?

Have a question on the importance of not bragging on the college application? Let us know your question by posting it below. We look forward to hearing from you.