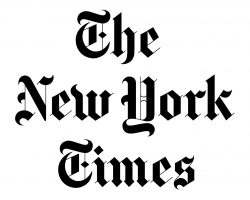 Ivy Coach supports the stance of The Editorial Board of “The New York Times” with respect to questions about criminal convictions on the Common Application.

There’s a piece in “The New York Times” by The Editorial Board entitled “College Applications That Cross a Line” that we figured we’d offer our opinion on. As we expressed about a month ago, we support the United States Department of Education’s stance that colleges not ask applicants about past criminal convictions. The Common Application added questions about criminal history back in 2006. Like the United States Department of Education, we believe in second chances for folks who haven’t committed serious crimes. We believe in redemption. We believe in the chance for people to do good if at first they don’t succeed.

As The Editorial Board of “The New York Times” expresses, “The Obama administration is rightly urging colleges and universities to re-evaluate how they use criminal-record information in admissions decisions. By asking about criminal convictions on their applications, the schools discourage applicants who are capable of performing academically at college and who present no danger to campus safety. The remedy is to stop asking about these records or at least delay the question until the applicant has received a provisional offer of acceptance.”

We implore the Common Application to heed the call of the United States Department of Education by giving college applicants, particularly minority applicants, a second chance. Cease asking applicants about criminal histories. These histories are largely not predictive of campus safety.

And The Editorial Board backs up this stance with data. The Editorial Board continues, “Research suggests that colleges that admit students with criminal histories are no less safe than others. This makes sense because campus crimes are typically committed by outsiders — or by students who do not have criminal records. Yet colleges have reacted hysterically to a handful of high-profile crimes in recent decades by trying to screen out applicants with criminal convictions.” In other words, these high-profile crimes are the exception, not the rule and colleges are acting on the exception by asking about criminal convictions on their applications.

Highly selective colleges preach that they’re all about diversity. They seek to admit immensely diverse incoming classes. And yet by asking such questions, these colleges — perhaps unknowingly — discriminating against minority applicants. After all, as The Editorial Board of “The New York Times” points out, “[Minority students] are disproportionately — and unjustifiably — subjected to those penalties or arrested in cases of nonviolent offenses that should have been handled at the principal’s office.” Amen.

Where do our readers stand on this issue? We’re curious to hear from you so post a Comment below and we’ll be sure to write back.