Great recommendation letters tell stories. There’s a nice piece up today on “Inside Higher Ed” written by John Warner entitled “I Sort of Like Writing Recommendation Letters.” In the piece, Mr. Warner discusses how several students approach him every year and ask him to write letters of recommendation for their post-college endeavors. Unlike many professors, Mr. Warner expresses that he actually enjoys writing letters of recommendation. But only if he actually can recommend the student strongly. He mentions that if he doesn’t think his letter would be extremely helpful to that student, he often let’s them know as much and that student then has the opportunity to choose someone else as their recommender. 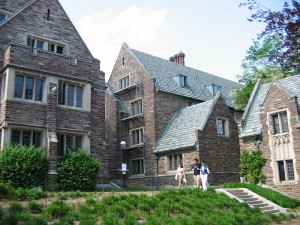 Mr. Warner also discusses the style of his letters of recommendation. He can’t stand writing template letters. Who can? And nobody — and we mean nobody — enjoys reading a template letter of recommendation. It comes across immediately. Instead, Mr. Warner enjoys telling a story about that student. Stories are fantastic for letters of recommendation! Stories stick in the mind with admissions officers. While Mr. Warner mentions that he sometimes doesn’t remember what a student says in class and such, he almost always remembers how they write and what they write about.

We urge teachers and school counselors to take Mr. Warner’s advice and share narratives in their letters of recommendation. Don’t just write paragraphs that read something like this: “John is an excellent student. He received all A’s on his exams.” Admissions officers can see a student’s grades on his/her transcript. Follow the lead of Mr. Warner and dare to be creative!