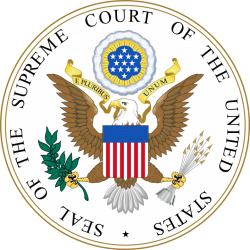 A student who has filed a complaint against Stanford, Yale, and Princeton for discriminatory policies in admissions is not pleased with the Supreme Court’s latest ruling on Affirmative Action.

There’s a piece up on “Business Insider” by Abby Jackson that we figured we’d share with our readers. It’s entitled “Asian-American student who filed a complaint about discrimination after being rejected from the Ivy League: ‘I feel disappointed’ in the Supreme Court” and it focuses on the reaction of Michael Wang to the high court’s decision. He’s a rising senior at Williams College who a few years ago was rejected at Stanford University along with seven of the eight Ivies (he got into the University of Pennsylvania) and has since filed a complaint with the U.S. Department of Education against Yale University, Princeton University, and Stanford University (side note: we sure hope he’s not planning on applying to graduate school at these institutions!).

For many years, we have been among the loudest voices in the college admissions community about the discrimination that Asian American and Asian applicants face. But Michael Wang’s complaint with the U.S. Department of Education is utterly shortsighted. And why? Well, here is how he described his own case for admission, as reported by “Business Insider”: “Wang’s credentials are impressive. Academically, he was ranked second in his class and graduated with a 4.67 weighted GPA. He scored a 2230 on his SAT, placing him in the 99th percentile of students who took the exam. He also stressed that he was not just academically driven, but also a well-rounded applicant who maximized his extracurricular activities. He competed in national speech and debate competitions and math competitions. He also plays the piano and performed in the choir that sang at US President Barack Obama’s 2008 inauguration.”

Michael, highly selective colleges like Stanford, Princeton, and Yale haven’t sought out well-rounded students in decades. Decades! These schools do not aim to admit students who are good at lots of things like piano and math and speech and debate. They seek to admit students who are absolutely exceptional in one specific area (see an article our Founder, Bev Taylor, wrote for “Peterson’s” back in 1998 on the myth of the well-rounded applicant). And these colleges of course seek to admit students who are interesting. That’s right. Interesting. Call it discrimination, call it whatever you’d like but playing the piano doesn’t make you stand out from other Asian American and Asian applicants. It makes you boring. If so many students — irrespective of their race — are presenting themselves in the same or similar ways, how are they interesting? Stanford, Princeton, and Yale want interesting! Michael didn’t deliver them interesting and he didn’t get in (his SAT scores, by the way, weren’t so exceptional either for our nation’s top schools!).

It is thus no surprise to us that Michael hasn’t heard back from the U.S. Department of Education. His entire argument reflects a lack of understanding with respect to the highly selective college admissions process. Do we agree with him that Asian Americans and Asians face unfair discrimination in admissions? You bet. But there are indeed much better arguments to be made against the practice.

Yes, Your Child Is Well-Rounded
A Singular Hook in Admissions
Admission to Wellesley College