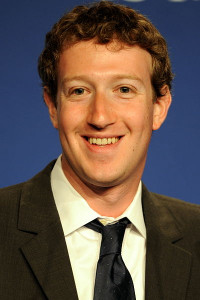 There’s Corinne Prevot of Middlebury College whose “hats and neckwear, in neon polka dots, geisha flowers and hipster plaids, are in 47 retail stores across the country. Now 20, the joint major in anthropology and geography says her company, Skida, has been profitable since 2009. Sales for the last 12 months have hit $100,000. Roughly $42,000 of that was profit.” She even learned how to run a startup through an entrepreneurial course at Middlebury.

There’s Northwestern University’s Nikhil Sethi, founder of Adapt.ly, a company that “automates advertising purchases across social media websites. By the time Sethi, now 23, graduated last June, he was servicing big corporate clients including PepsiCo and Zales jewelry stores, and banking revenues in the high six figures. This spring, Sethi scored $2 million in financing from a group of investors that includes Philadelphia venture firm First Round Capital and Palo Alto’s Charles River Ventures. He won’t reveal profits but Sethi projects 2011 revenues of at least $10 million, with explosive quarter-over-quarter growth of 70%.”

And there’s USC’s Jake Medwell and Jonathan Shriftman who took a liking to fixed-gear bicycles. “They’ve built Solé Bicycles, which imports readymade fixed gear bicycles from China according to the pair’s specifications, into a growing boutique operation that’s slated to pull in sales of $1 million this year. That’s up from $300,000 in 2010, according to Medwell, who says the company is already profitable, though he won’t reveal by how much. Solé sells bikes online for one price, $310, and wholesales them to some 30 retailers for $200.”

Check out the “Forbes” article on top college entrepreneurs and let us know your thoughts by posting below!