Veterans Should Apply to Top Universities in Transfer Round 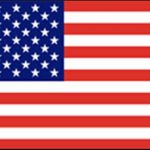 We quite often hear from high schoolers (and particularly their parents) who believe they’ve got a great shot of getting into a school like Harvard. Maybe they’ve got some B’s, a 1400 SAT score, and low 700’s on the SAT Subject Tests. They play three sports, none exceptionally well, but …

A Call for Female Veterans Seeking Admission to Top Colleges 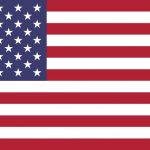 We’ve issued the call before but we will issue it again this Independence Day: we want to work with more female veterans seeking admission to top colleges. Each and every year, we at Ivy Coach work with select veterans on a pro bono basis to help them earn admission to …

A Salute to Cornell, Dartmouth, and Columbia

March 15, 2015 As you may know, Ivy Coach is deeply committed to helping America’s veterans and current members of our military (which also can include veterans) gain admission to the colleges of their dreams. It’s work we’ve been doing for years and it’s some of the most fulfilling, rewarding work we do. …

December 21, 2011 The G.I. Bill will still cover the full cost of college tuition for military veterans – even the high cost of Ivy League tuition.