US News Rankings and Applications

October 9, 2013 Curious about the correlation between a school’s “US News” ranking and the numbers of applications that school receives the subsequent application cycle? We’ve got answers for you. As presented in an article by Robert Morse for “US News & World Report” entitled “Study: Rankings Affect Student Applications,” an improvement of …

The US News College Rankings

September 10, 2013 It’s that time of year again! The all-important “US News” college rankings are out. And who claimed the crown this year? Princeton University has claimed the title, outdueling Harvard University. Harvard finished second. In third is Yale University followed by Columbia University at #4. Placing fifth are Stanford University and the …

November 15, 2012 Ivy Coach salutes “US News & World Report” for keeping them honest by removing George Washington University’s #51 ranking among best national universities. George Washington, it was recently revealed, misreported class rank data to the magazine and thus their rank in the September issue was better than it should have …

February 10, 2012 The “US News” university rankings matter. Anyone who tells you differently isn’t telling you the truth. 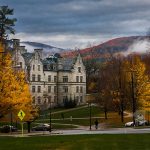 Williams College leads the way with the highest graduation rate of students in four years in the nation. And Williams is in good company with other top universities like Yale, Bowdoin, Annapolis, Duke, Wesleyan, Harvard, Princeton, Notre Dame, Vassar, Penn, Davidson, Pomona, and Haverford also nearing the top of …