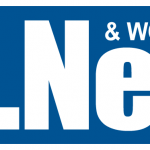 Ivy Coach salutes “US News & World Report” for keeping them honest by removing George Washington University’s #51 ranking among best national universities. George Washington, it was recently revealed, misreported class rank data to the magazine and thus their rank in the September issue was better than it should have … 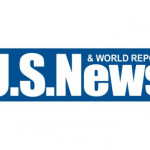 The 2012 “US News & World Report” rankings of national universities is out. So which university or, rather, universities top the list? That answer would be…Harvard University in a tie with Princeton University. Placing in third is Yale University followed in fourth place by Columbia University and the University of …

February 10, 2012 The “US News” university rankings matter. Anyone who tells you differently isn’t telling you the truth.

February 7, 2012 Look for the Claremont McKenna ranking to take a nosedive in this fall’s “US News & World Report” college rankings! 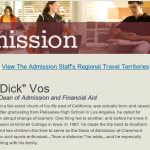 A major college admissions scandal is brewing at Claremont McKenna College. The Dean of Admissions & Financial Aid has resigned. 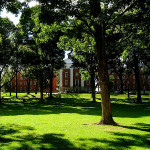 May 19, 2011 Counselors do find useful information in the “Best Colleges” issue of “US News” — even if they don’t find the rankings all that helpful.