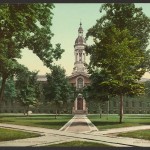 When folks write in saying that they’re basically done with their college essays, including their Personal Statement and all of the supplemental essays required of the universities to which they’ll be applying, we typically cringe. Just because a student has entered 650 or 500 or 250 words into a document …

August 10, 2013 During these final weeks of summer, it’s time to write your college essays for admission. Many students choose to wait until the school year start. Often times, they do this simply because they’re procrastinators. After all, who wants to have to sit down and write all of your college essays …

April 7, 2012 Don’t brag in your university admission essays. It can cost you your shot of admission. Big time.