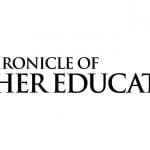 There was a terrific piece recently in “The Chronicle of Higher Education” written by Audrey Williams June. The piece, entitled “Gender Balance at the Top of Ivy League Colleges Remains an Outlier in Academe” focuses on how four — as in half — of the Ivy League colleges were led by …

October 4, 2012 There are three vacancies for Ivy League presidents right now. That’s three out of eight! Dartmouth College, Princeton University, and Yale University are all currently searching for their next presidents. A “Bloomberg Businessweek” article by Janet Lorin points out that the names of many top Washington officials are floating around …