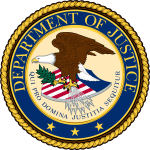 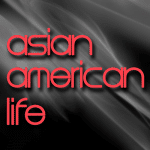 Ivy Coach was featured once again on the program “Asian American Life” on CUNY TV. This particular episode focuses on Affirmative Action and the discrimination that many — including us — allege Asian Americans face in the highly selective college admissions process. For instance, as reported by “Asian American Life,” …

April 16, 2014 There is an article on “Bloomberg” entitled “Are Ivy League Schools Biased Against Asians?” written by Matthew C. Klein that we wanted to take the time to respond to. If you’re a regular reader of our college admissions blog, you know that our answer to this question posed in the …

February 11, 2013 There’s a terrific op-ed out today in “The Daily Californian” by Jason Willick. In the op-ed entitled “The Ivy League’s Asian Problem,” Willick, a skeptic of the holistic review process in highly selective college admissions, asserts that Asians might well be the new Jewish students of years past. How so? …

February 12, 2012 Asians and Asian Americans face discrimination in the Ivy League admissions process. But there are ways to combat this discrimination.