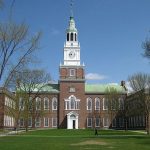 Let’s talk about admissions stats, baby. Let’s talk about you and me. Oh. Does that song not go like that? Well it does for the purposes of this particular post. When parents and students first come to us, there’s a whole lot of information they do know and a whole lot …

May 26, 2014 We previously walked the readers of our college admissions blog through the advantage of applying Early at Brown, Columbia, and Cornell. We gave you the cold, hard Ivy stats — the data — that applying Early to these schools gives applicants a distinct advantage. Just as applying as a legacy …

May 23, 2014 We’ve got the Ivy League admission stats for the Class of 2018 live and we figured you might be interested in checking it out. Read about the overall admission rates at each of the Ancient Eight institutions from Brown’s 8.6% rate to Columbia’s 7.0% rate to Dartmouth’s 11.5% rate to Harvard’s …

March 28, 2011 For those receiving word of college decisions from Ivy League schools this coming Wednesday, let’s review this year’s Ivy League admissions statistics — including the number of applications to the eight member universities as well as the percentage increase from the previous year. Columbia University received the greatest increase in …