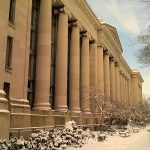 At Ivy Coach, we help students earn admission both at the undergraduate and graduate levels to highly selective schools or programs. But today, we feel the need to vent about some of the prospective graduate school clients who come to us, folks we choose not to take on as clients. …

August 18, 2013 Did you know that obesity can have an impact on graduate school admission? It may seem utterly outlandish but a study published in the journal “Obesity” indicates that applicants who are overweight have a more difficult time getting into graduate schools than do their non-overweight counterparts. As reported in an …

July 22, 2011 The graduate school admissions and college admissions process have a lot in common. 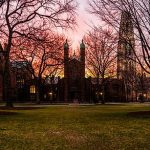 Changes are coming to the medical school entrance exam (the MCAT), says the American Association of Medical Colleges. But fear not test-takers…the changes won’t go into effect until 2015 (for the incoming class of college freshmen). According to “The Yale Daily News,” the changes will encompass: “updating the exam’s two …