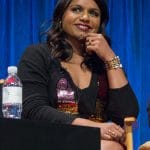 It seems we’re not the only ones who’ve noticed an atypical number of female commencement speakers on college campuses this graduation season. In the age of #MeToo, it’s something we’re quite happy to see! As AJ Willingham reports in a piece entitled “In a tumultuous and triumphant year, women are …

It’s nearing that time of year — commencement season. And so, in keeping with our annual tradition, let’s break down the who’s who of commencement speakers. Which universities landed a high profile speaker and which offered the slot to someone few have ever heard of? Wonder no longer because “US News …

May 7, 2014 So who will be the 2014 commencement speakers at colleges across the nation? We’ve got some of that information for you. At Harvard University, former New York City Mayor Michael Bloomberg will address the graduating class. At Boston College, the speaker will be United States Secretary of State John Kerry. …

May 26, 2013 Who are the 2013 commencement speakers among the highly selective colleges, you ask? We’ve got the list for you in spades. Speaking at Harvard University this year will be none other than Oprah Winfrey. At Yale University will be the Mayor of Newark (and candidate for U.S. Senate) Cory Booker. …

April 14, 2012 Steve Carell will be addressing graduates of Princeton this year. Barbara Walters will be the speaker at Yale.