December 2, 2011 When doing college interviewing, dress appropriately. No shorts. No flip flops. No sunglasses. Overdress rather than underdress. 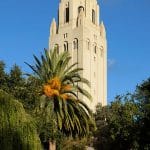 While so many of the top colleges offer students the chance to interview with an alum, one notable exception has always been Stanford University. But on Thursday, that changed. Stanford has reversed its long-held policy of not offering alumni interviews. After running a three-year test of Stanford interviews in various geographic regions, …

March 14, 2011 The college interview by an alum or an admissions officer is an opportunity for the university to which you are applying to get to know you. Regularly on our blogs and newsletters, we discuss the questions that are typically posed, what would be considered positive and negative responses, and how …

March 3, 2011 There is an article in the “Books” section of today’s “New York Times” that reviews a book (“Crazy U”) written by a father, Andrew Ferguson, who recently went through the process of his son applying to college. The review is overwhelmingly positive. But buyer beware: This is an example of …

He Who Guards His Tongue

June 11, 2008 It is imperative in the college admissions process (and in life) that students think before they speak because once the words are spoken, even an apology can’t take them back. If before you write anything you read it over several times, checking your grammar, spelling, punctuation and certainly your tone, …