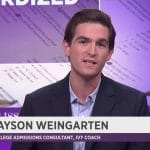 Ivy Coach’s Jayson Weingarten, a former University of Pennsylvania admissions officer, was featured on television yesterday discussing all things standardized testing — from test-optional schools to new policies in the works from College Board and ACT and more. So what did Jayson have to say? Well, surprise surprise. He’s a … 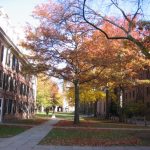 USA Today recently published a juicy take-down piece of a college consulting company known as Crimson Education. The piece, penned by Chris Quintana and Kevin McCoy, is entitled “This Harvard grad has made millions on U.S. college admissions for international students” and boy is it gripping. The take-down piece focuses … 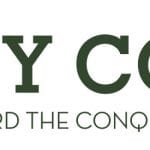 Folks often ask us, “What differentiates Ivy Coach from every other private college counseling firm?” The question makes us cringe. What doesn’t differentiate us, we wish to ask. Going through our heads are the many students over the years who first come to us as clients after they don’t get …

August 6, 2011 College admissions counselors don’t care what you did for a day! They want to see activities that weave a narrative throughout your young adulthood.

May 14, 2011 Ivy Coach will help you distinguish yourself from other students applying to the same competitive colleges.

April 26, 2011 Mark Sklarow, the Executive Director of IECA (Independent Educational Consultants Association), an organization we’ve been a member of but nonetheless believe to be somewhat of a joke (what a waste of $600 a year!), reports that an AP poll indicates high school students are not happy with the college counseling …

April 20, 2011 A study at the Harvard Graduate School of Education points out that the percentage of college applicants who have college consultants providing college admissions assistance to them is on the rise. This should come as no surprise. In fact, the author of the study, Alexis Brooke Redding, finds, “‘22% of …

April 15, 2011 According to Jason Koebler of “US News & World Report,” “A 2005 study by the National Association for College Admission Counseling (NACAC) reported that the average public high school student got about 38 minutes of college advising per year from their guidance counselor, and a 2009 study by the National …

April 11, 2011 A study by the Independent Educational Consultants Association, an organization we’ve been a member of but pretty much think is a joke, did something worthwhile for a change of pace. They found that 26% of high-achieving students hire a college consultant. So the long held belief that a college consultant is …