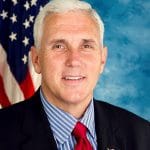 A term or two in Congress. A seat on the Committee on Ways and Means. Community organizer. Distinguished service to America in the Persian Gulf. Or even billionaire business mogul. It’s these kinds of experiences that American presidential and vice presidential contenders can often claim on their resumes. But college …

May 21, 2011 The shortage of college counselors in states like California is a problem that the Western Association for College Admission Counseling is trying to combat.

April 4, 2009 In a personal and revealing op-ed piece in the April 3, 2009 edition of “The Los Angeles Times,” Angel Pérez, the director of admission at Pitzer College in Claremont, CA writes about his experiences in reviewing applications. He talks about how when he visited a high school in his assigned …

April 26, 2007 Today when it was discovered that Marilee Jones, the Dean of Admissions at MIT, lied about her credentials 28 years ago it sent a shockwave through the college admissions community. According to her own statement on MIT’s website, Marilee apologizes: “I have resigned as MIT’s Dean of Admissions because very …