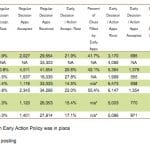 We repeat this line over and over again at this time of year. It’s a line by Mark Twain: “There are three kinds of lies: lies, damned lies, and statistics.” Nobody keeps more extensive data on Ivy League admission statistics than we do at Ivy Coach but we’re also the … 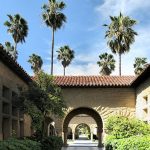 We’ll be updating our Ivy League Statistics — the most comprehensive database you’ll find anywhere on the subject of Ivy League admissions statistics — shortly but in the meantime, we figured we’d give our readers a sneak peak into the overall admission rates at non-Ivy League colleges this year and …

June 16, 2014 College admit statistics don’t tell the full story. There’s an article in “The Washington Post” entitled “College admission rates for Class of 2018: an imperfect but closely watched metric” written by Nick Anderson that we wanted to draw to the attention of our readers. If you’re a regular reader of …

April 4, 2012 Just because admission rates are getting lower and lower doesn’t actually mean it’s getting more and more difficult to get in.

November 9, 2011 Ever wonder if colleges report accurate admissions statistics? Wonder no more with a scandal brewing at the University of Illinois.

May 30, 2011 Harvard University once again will likely have the highest yield, an important college admission statistic for rankings.