Relax As Admissions Decisions Roll In 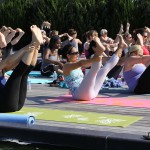 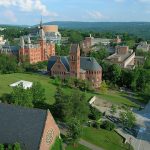 High school seniors and parents, it’s around this time every year when we make a suggestion to you all. Don’t flaunt your admissions decisions. Don’t be the high school senior who gets the bright red Cornell sweatshirt and wears it every day to school for the rest of the year. …

December 9, 2011 When you receive your admissions decisions, say “thank you” to your guidance counselor, teachers, and everyone else who helped you.

Is the Process Not Stressful Enough?

February 11, 2007 When colleges such as Harvard, Princeton, and the University of Virginia announced that they will be dropping their Early admissions programs, high school students, parents, and college counselors began to wonder if this was the beginning of a new trend in admissions and that perhaps more colleges were going to …