The SAT or ACT in Admissions 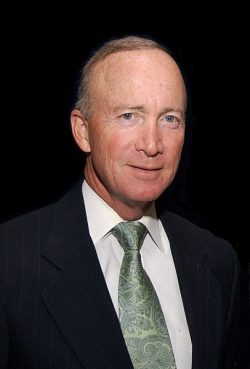 Former Indiana Governor Mitch Daniels has spoken out on the SAT or ACT requirement in admissions (photo credit: Ray Taylor).

As more and more colleges drop the SAT or ACT as a requirement for admission — with the University of Chicago’s decision to drop the requirement being the most high profile of the bunch — a university president has spoken out on why his school won’t be dropping the requirement anytime soon. Mitch Daniels, a former governor of Indiana and the current president of Purdue University, has published an editorial in “The Washington Post” arguing that until grade point averages across the spectrum of American high schools can accurately predict a student’s college success, Purdue will be requiring applicants to submit an SAT or ACT score.

As Governor Daniels writes in his piece entitled “For college admissions, let’s value grit over GPAs,” “Resuming a debate that has arisen occasionally in the past, some U.S. colleges have announced that they will no longer require applicants to provide standardized test scores, but instead will look to high school grade-point averages and subjective information. The institution I lead, Purdue University, will not be joining that group. A review of all the data tells us that no admissions criteria that ignores either the SAT or ACT exams can predict with equivalent accuracy a student’s college performance, or his or her best placement level in critical freshman courses such as mathematics. Accepting a high school A at face value and enrolling a student in a calculus course beyond his or her capabilities does the student a serious disservice by risking an avoidable failure.”

Daniels continues, “Still, assigning greater weight to high school grade-point averages has its merits. In many cases, the GPA proves to be a reliable indicator of discipline, persistence and resilience — characteristics necessary to succeed at the college level (to say nothing of adult life). In the current vernacular, these traits are often collectively called “grit.” Enrollment experts agree on its significance. The problem is in knowing when a high GPA reflects it and when it doesn’t.”

Governor Daniels is absolutely right that a student’s GPA alone isn’t a particularly good predictor of that student’s college success. Not all high schools are created equal. Not all high school coursework is either. That’s why our nation’s most highly selective colleges factor in test scores, grades, rigor of coursework, letters of recommendation, essays, an interview, and much more. And we know Governor Daniels knows all that, but he’s oversimplifying the admissions process by intimating that it’s GPA + SAT/ACT or bust. Schools like Middlebury or UChicago will find great success admitting students who achieve highly in college in spite of the fact that they don’t mandate students submit an SAT or ACT score. And that’s because they require students submit so much more than GPA alone.