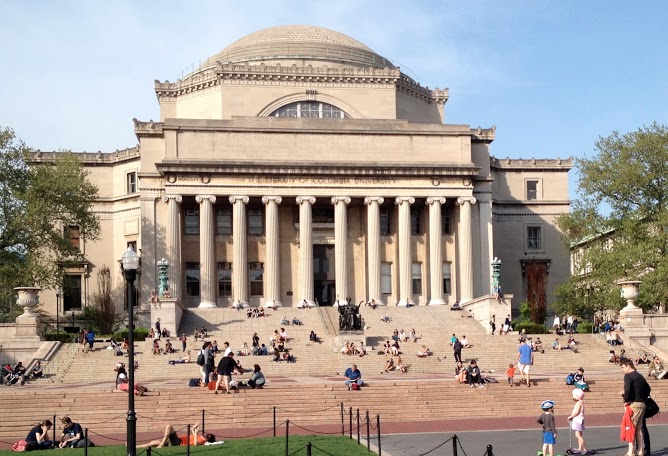 Columbia University and Colgate University have added their names to a growing list of colleges that accept self-reported test scores. Other highly selective schools on this list include Washington University in St. Louis, Stanford University, Williams College, Colby College, University of Chicago, Georgia Institute of Technology, and Colorado College. In a nutshell, what does this mean? It means that students can report their SAT, ACT, and SAT Subject Test scores on their applications but they won’t have to send in official score reports from College Board and/or ACT to verify these scores — unless and until after they’ve earned admission.

Why Colleges Are Accepting Self-Reported Scores

Highly selective colleges want to encourage rather than discourage students to apply. After all, the more students who apply for admission in a given year, the lower the admission rate for the institution will be — which directly contributes to a school’s all-important “US News & World Report” ranking. Any college that tells you their “US News & World Report” ranking doesn’t concern them much at all, smile, nod, and know you’re being lied to. Every single highly selective college cares about its “US News” ranking.

So in order to encourage prospective students to apply, these schools are examining any potential barriers that stand in the way of these young people submitting applications. Our nation’s most elite institutions in particular wish to eliminate any barriers for low income and middle income students to apply. When students order official score reports from College Board and ACT, it costs money. It costs even more money to rush those scores to colleges. And that’s why colleges like Columbia and Colgate — likely much to the chagrin of College Board and ACT — are circumventing these educational testing companies by allowing students to self-report.

Not only does accepting self-reported scores eliminate barriers to apply, it also happens to be outstanding PR for these institutions. These schools aren’t just saying that they want to eliminate barriers to apply for low income and middle income students. They’re truly eliminating one potential barrier — the fee of ordering score reports. It’s something these schools are, rightfully, quite proud of. It’s why they’re issuing press releases stating as much.

As Colgate writes in a press release, “Colgate will now accept self-reported test scores for all applicants. Students may list their test scores in either the Common Application or Coalition Application for them to be considered. Additionally, students may send a copy of a score report to the office of admission. Colgate will also accept test scores submitted by a counselor from the applicant’s school or community based organization. Students who are admitted in Regular Decision and decide to enroll at Colgate must submit official test scores by May 15; for Early Decision enrollees, scores must be received within two weeks of the decision release. Additionally, Colgate will now waive the application fee for any student who is applying for financial aid and meets any of the criteria listed on the Common Application or Coalition Application for a fee waiver without requiring an official fee waiver form.”

We support these institutions accepting self-reported scores. It cuts out the College Board and ACT and if more schools join this growing list, it could have a real impact on the earnings of these non-profits. See what we did there? And students have to be honest. Not only because it’s the right thing to do but because if students lie and are offered admission based on false test scores, the truth will come out when the official scores are sent in after admission notifications go out and their offers of admission will be rescinded. So, essentially, these schools are saying that unless we offer you admission, you don’t have to pay for official scores to be sent since that simply isn’t necessary. Only if you’re offered admission and intend to matriculate will we ask to verify your scores. It makes great sense. We like it.

What do our readers think of Colgate University and Columbia University accepting self-reported SAT, ACT, and SAT Subject Test scores? Let us know your thoughts on the matter by posting a Comment below.