College Board and ACT Compete for Illinois 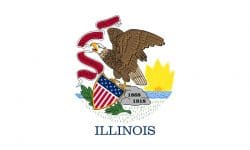 Will SAT or ACT carry Illinois? The competition is on!

It’s not a presidential election cycle but there is a competition brewing in Illinois — for a major college admissions-related testing contract. The Illinois State Board of Education will be expanding free testing, offering college admissions-related testing not only to 11th graders statewide but now also to 9th and 10th graders. It’s estimated that the cost to taxpayers for this new program will be $75 million. So will Illinois be offering the College Board’s SAT or ACT Inc.’s ACT to 9th, 10th, and 11th graders? Only time will tell as the test testing rivals compete for the right to a coveted three-year contract. Up until 2015, it was ACT Inc. that offered state-funded testing to all 11th graders in Illinois. That’s when ACT’s contract ran up. The exam of choice among most midwesterners suffered another blow in 2016 in Illinois when College Board won a bid for the right to administer their college entrance examination to the state’s juniors. While we don’t know which of these two testing rivals will win the coveted state contract, we do know that neither will go down without a fight. That’s for sure.

SAT and ACT Compete for Illinois

There’s another thing we know about Illinois. The awarding of state contracts, historically, has a tendency to bring out some corruption. Heck, we worked on Starz’s “Boss” starring Kelsey Grammer in the role of the ruthless Mayor of Chicago. If you’ve seen the show, you’ve seen corruption in the awarding of city contracts. As reports Diane Rado for “The Chicago Tribune” in a piece entitled “State prepares to spend $75 million to expand college-admissions-related testing,” “The ACT had provided state-paid testing for 11th-graders until 2015, when the company’s contract ended. Some districts paid for their own ACT testing after that, and in early 2016, the College Board won a bid to administer its SAT college entrance exam to public school juniors in Illinois. That competitive process was controversial, with ACT filing a formal protest in December 2015 complaining that one evaluator ‘demonstrated bias/and or arbitrariness when evaluating and scoring vendor proposals,’ state procurement records showed.”

She continues, “That bias was in favor of the College Board’s SAT, according to ACT’s protest, which was unsuccessful. That evaluator accused of bias was identified as Susie Morrison, who was a former high-ranking ISBE administrator retired at the time of the 2015 bidding process. She is now an ISBE board member. The Tribune emailed Morrison this week and requested an interview with her about the 2015 procurement and other issues, but she did not respond.”

Which testing company do our readers think will carry Illinois, College Board or ACT Inc.? Let us know your thoughts on the subject by posting a Comment below. We look forward to hearing from you! And if you’re interested in test prep for the SAT or ACT, fill out our free consultation form, indicating test prep, and we’ll be in touch.