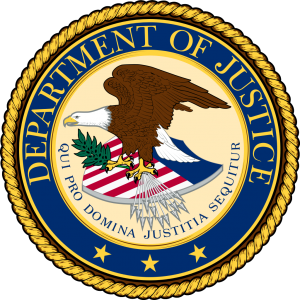 Fifteen Chinese nationals have been indicted, the U.S. Justice Department has announced. And for what? Perpetrating cheating on the SAT.

We’ve written quite a bit in recent weeks about the ongoing SAT cheating scandal in Asia, much of which was reported by Valerie Strauss of “The Washington Post” through a series of articles. Strauss’ reporting on the subject has indeed been quite comprehensive. Today, the United States Justice Department made some news of its own when it announced that fifteen Chinese nationals have been indicted by a federal jury for defrauding ETS and the College Board. These indictments are unrelated to the allegations in Asia but indeed it drives home the point that folks are figuring out lots of different ways to cheat on the SAT, GRE, TOEFL, etc.

As the Justice Department states in its release, “Fifteen Chinese nationals have been indicted by a federal grand jury in Pittsburgh, Pennsylvania on charges of conspiracy, counterfeiting foreign passports, mail fraud and wire fraud, U.S. Attorney David J. Hickton for the Western District of Pennsylvania announced today…According to the indictment, between 2011 and 2015, the defendants engaged in a conspiracy and a scheme to defraud Educational Testing Services (ETS) and the College Board by having imposters take college and graduate school standardized entrance examinations, such as the Test of English as a Foreign Language (TOEFL), the Scholastic Aptitude Test (SAT) and the Graduate Record Examination (GRE). In carrying out the scheme, the conspirators had counterfeit Chinese passports made and sent to the United States, which were used by the imposters to defraud ETS administrators into believing that they were other people, namely the conspirators who would receive the benefit of the imposter’s test score for use at American colleges and universities. The majority of the fraudulent exams taken by the conspirators were taken in western Pennsylvania.”

Those indicted could face up to twenty years in prison. That’s right. Twenty years. So for all those considering cheating on the SAT and other admissions tests, we strongly recommend you rethink your plans. Because instead of attending college, you might be attending prison. It’s that simple. Cheat on the SAT and there’s a very good chance you’ll get caught. If you don’t get caught that day, that doesn’t mean you won’t get caught the next day. Or the day after. Those indicted in this case will surely be learning this lesson the hard way.

What do you think about this latest SAT cheating scandal? Let us know your thoughts on the matter by posting a Comment below. We look forward to hearing from you.