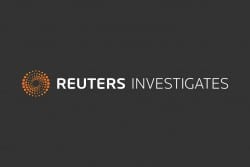 Each year, we denote one article on college admissions to be the best of the year. This year, this distinction belongs to “Reuters” with its piece on SAT cheating in Asia.

“Reuters Investigates” has a heck of a piece up today on the SAT cheating scandal in Asia. The piece, entitled “As SAT was hit by security breaches, College Board went ahead with tests that had leaked,” is authored by Renee Dudley, Steve Stecklow, Alexandra Harney, and Irene Jay Liu, and it is, without question, a damning indictment of College Board. To us, it reads as a Woodward and Bernstein piece for “The Washington Post,” investigative journalism at its finest. There’s no wonder so many writers contributed to the report either — there’s a ton of research and investigating that went into compiling this indictment.

For those not familiar with what’s been happening with the SAT in Asia, cheating, particularly in recent years, has been rampant. Folks who work for test prep companies take exams in different time zones and then circulate the answers to students taking the exams in later time zones. Some folks take exams for students, lying about their identities (these folks are called “gunners”). Some students go in with crib sheets of answers to many of the questions on the exam (these crib sheets are called “jijing” in Chinese). One student referenced in the report said that he knew the answers to half of the Critical Reading questions thanks to the “jijing” he used for the December 2013 administration of the exam.

“Reuters” has earned our annual award for the best investigative journalism on college admissions. And it’s only the end of March.

But while College Board has delayed score reports multiple times over the last couple of years and even canceled a couple administrations of the test, the reporters for “Reuters” have found that College Board has not been owning up to the pervasiveness of the epidemic in Asia. “The breakdown in security is more pervasive than the College Board has publicly disclosed, Reuters has found. In addition to the security-related incidents the College Board has announced, the news agency identified eight occasions since late 2013 in which test material was circulating online before the SAT was administered overseas. A confidential PowerPoint presentation reveals that College Board officials had documented widespread security problems in June 2013, shortly after canceling a sitting of the SAT in South Korea. The PowerPoint, reviewed by Reuters, shows that half of the SATs in inventory at the time had been ‘compromised’ – the College Board’s term to describe exams whose contents have leaked, in whole or in part, outside the organization.”

Be sure to check out the wonderfully researched piece up on “Reuters” to gain a full understanding of the SAT cheating happening across Asia. It’s a major reason why so many admissions officers at highly selective college so often question the SAT scores of applicants applying from nations such as China. Now is that fair to the applicants who don’t cheat? Absolutely not. But that doesn’t mean the scores of these students aren’t under the same scrutiny. Because they most certainly are. It’s high time indeed for College Board to put a stop to this epidemic. And one way to start would be to offer completely different exams with completely different questions on all occasions. Would it be more work for them? You bet. It would also cost College Board a whole lot more money. But in the end it would stop a whole lot of cheating.