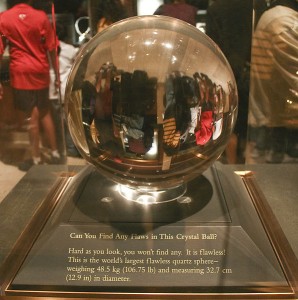 Our crystal ball at Ivy Coach is famously accurate. Today, it predicts that the ACT and SAT will — in time — be offered in both July and August.

“The Redcoats are coming! The Redcoats are coming!” Ok, they aren’t coming. But…”A July ACT is coming! A July ACT is coming!” In 2018, there will be a July ACT administration. That’s right. The ACT will offer a summer administration of the college entrance examination — in a major departure from past practices. And we think it’s an absolutely fantastic decision! Students are stressed out during the school year. They’re doing homework assignments, studying for school tests, prepping for AP exams, you name it. Why not offer the ACT during the summer months when things aren’t quite as hectic? It sure does make great sense to us. Students will soon have seven opportunities each year to take the ACT.

As reports Julia Glum for “International Business Times” on the topic of the new July ACT beginning in 2018, “‘Students, educators and colleges have told us they would like to see an extra test date prior to early admission and application deadlines, and we have listened,’ ACT Chief Commercial Officer Suzana Delanghe said in the release. ‘This additional test date will allow students to focus on their coursework while they are in school and prepare for the ACT test during the summer.'”

Ivy Coach salutes the ACT for announcing a July administration of the exam beginning in 2018.

So now the question on everyone’s minds (ok, maybe not everyone’s!) is…when will College Board announce a July SAT administration? An August SAT has already been announced. Our suspicion is that there will soon be a July SAT too. ACT and College Board (the makers of the SAT) are arch-rivals. Think McDonald’s and Burger King — and do check out the fantastic, though sad movie about how McDonald’s became the juggernaut it is today — “The Founder”). College Board is not going to want to potentially lose further marketshare to ACT so we have confidence indeed that a July SAT will be announced in the months ahead. Ivy Coach’s crystal ball, after all, is famously accurate.

Have a question about the July ACT? Post your question below and we’ll be sure to jump in on the conversation.