Extra Time on the ACT and SAT 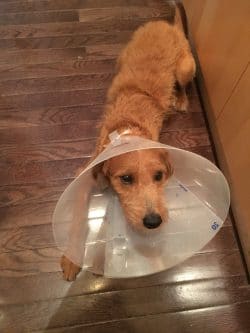 We have a feeling Jake would test very well on the SAT — extended time or not. But today he’s recovering from being neutered so he’s busy.

If you’re the parent of a high schooler who recently came home from taking the SAT or ACT saying something like, “Half the kids at my school receive extra time because of ridiculous supposed disabilities,” know that you’re not alone. While your child is likely exaggerating a tad that half her school receives testing accommodations, there has been an increase in testing accommodations over the years granted by College Board, the maker of the SAT, SAT Subject Tests, and AP exams, and ACT, Inc., the maker of the ACT. But, no, half the school is not receiving extended time. It can just seem that way sometimes. In the field of social psychology, they call that confirmation bias — seeing cases that confirm one’s hypothesis while ignoring cases that disprove it.

SAT and ACT Testing Accommodations on the Rise

If you’re a New York parent, yes, it’s highly likely that more than 5% of students at your child’s school are receiving extended time on the ACT or SAT — because New Yorkers, well, they know how to get a note from a psychologist just as they know how to register their dog as an emotional support animal. As an aside, if you’re curious how to register a dog as an emotional support animal, all you’ve got to do is go to the United States Dog Registry, pay between $79 – $199, and boom…you’ve got a certificate. But do note that most airlines will not accept this certificate as they’ll require a note from a psychologist — just like ACT and College Board!

How to Receive Extra Time on the SAT or ACT

As Lewak reports in her piece that totally screams “The New York Post,” “Both the ACT and the College Board say more than 90 percent of those seeking accommodations are successful. To get extra time, parents can pay thousands of dollars to have their child evaluated for a learning disorder by a private neuropsychology evaluator, typically a psychologist of some sort. If they’re not successful, they’ll often try a different psychologist, ponying up thousands more dollars. Common diagnoses include ADHD and processing issues. The evaluation is sent to the school, where it’s typically accepted. In the unlikely event it’s not, some parents hire a lawyer to appeal. When it comes time for a student to register for a standardized test, the school usually sends out a request on behalf of the student.”

Interested in Ivy Coach’s prep for the SAT or ACT? Fill out our free consult form today. Have a question on the SAT or ACT? Let us know your questions, your concerns, or talk freely about your emotional support dog by posting a Comment below. We look forward to hearing from you!