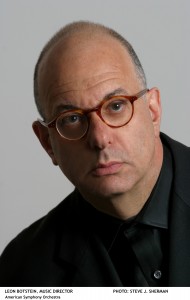 The Bard president has a very interesting editorial in “TIME” entitled “College President: SAT Is Part Hoax, Part Fraud” that we wanted to share with our readers. As you likely could conjecture, the Bard College president, Leon Botstein, isn’t exactly a fan of the SAT; he asserts that the recent changes made by the College Board are “too little, too late.” As we have asserted on our college admissions blog and in the pages of “The Daily Pennsylvanian,” Botstein argues, “The alleged improvements are motivated not by any serious soul searching about the SAT but by the competition the College Board has experienced from its arch rival, the ACT, the other major purveyor of standardized college entrance exams.” Amen.

As Botstein goes on to assert, the ACT is plagued by similar problems as the SAT. Both need to go. Neither is a good predictor of a student’s readiness to excel once in a college classroom. Botstein questions why we rely on this test from the College Board? He even labels it a monopoly. As Botstein writes, “What purpose is served by putting young people through an ordeal from which they learn nothing? Is the SAT a reasonable representation of the ideals and benefits of learning? No, it makes a mockery of them. Given the possibilities explicit in modern technology, a college entrance examination could be developed in which the test takers in real time could be told immediately if they got the right or wrong answer and guided to a program that might help them understand why they got a question right or wrong. Such a test would be like a chess match, where the clock stops after a move is made.”

Botstein doesn’t believe that the changes made by the College Board are enough. He believes that they’re “modest” reforms and he calls upon university leaders to join together with innovative software developers to devise a new college entrance exam. Well said, Leon Botstein. Well said. And while you’re here, read about the behind-the-scenes story of the SAT changes.