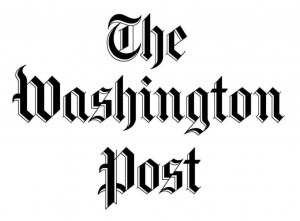 The newspaper of Woodward & Bernstein has really set the standard this year for its analysis of all things SAT and ACT.

There is a good piece by Nick Anderson in “The Washington Post,” the newspaper that has really set the standard this year for reporting on the SAT and ACT. The piece by Anderson is entitled “ACT college admissions testing grows, but scores stagnate” that points out, through the use of data, how while more and more students are taking the ACT these days, the scores of ACT test-takers generally aren’t improving as a whole. And the administrators of the ACT think that high schools need to better prepare their graduates for college and their subsequent careers.

As the piece points out, “The average score for the high school Class of 2015 was 21, out of a maximum of 36. That was unchanged from the year before and largely echoed results going back a decade. Of 1.92 million people taking the test, the share who met the ACT college readiness standard in English was unchanged from the previous year: 64 percent. The share who met the math benchmark — 42 percent — has slid each year since reaching a peak of 46 percent in 2012.” And the administrators of the ACT also expressed that they’ve found racial disparities in ACT results, attributable to the quality of educations students in disadvantaged communities are receiving (and, of course, their lack of access to prep for the ACT — which naturally went unstated by the ACT administrators).

Not all students are fit for college and particularly not for four-year institutions so we don’t happen to see the problem with the fact that these scores have remained relatively stagnant over the years. But it is certainly concerning that minority groups underperform on the exam. The fact is, though, the administrators of the ACT blaming schools for their educations they’re offering isn’t completely fair. The ACT is a very coachable exam. Scores improve with the help of expert tutoring. Certain groups, particularly minorities in disadvantaged areas, can’t afford such prep, though they would of course benefit from such prep. Maybe the administrators of the ACT should focus more on making the test more fair and less coachable rather than assigning blame to the schools? Just a thought.