There is Life After Being Rejected 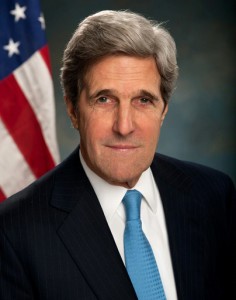 Senator John Kerry was rejected by Harvard not once but twice.

For the Class of 2014, Harvard University received 30,489 applications and accepted 2,110 students. If you’re one of those 28,379 students who applied and were rejected, you may find some comfort in knowing that Harvard does indeed make mistakes from time to time. Take U.S. Senator John Kerry (D-MA), for example. He was rejected not once but twice by Harvard. After he was rejected by Harvard, he went to Yale University, graduated, and then enlisted in the U.S. Navy where he requested duty in Vietnam and earned a Silver Star, a Bronze Star, and three Purple Hearts (although whether or not he truly earned this recognition was called into question by the Swift Boat campaign). He then applied to Harvard Law School and once again Harvard said…you guessed it…no. And one has to wonder what Harvard was thinking when they rejected Warren Buffett! With the $30 billion that he donated to the Bill & Melinda Gates Foundation, maybe just maybe Harvard regrets that they’re not on the receiving end for just a little something. In any case, wondering who are some big names that Harvard has rejected over the years? Wonder no more as Sue Shellenbarger of The Wall Street Journal is out with a new piece entitled “Before They Were Titans, Moguls and Newsmakers, These People Were…Rejected” that we just had to bring to the attention of our readers. So here goes!

Meredith Vieira – Co-Anchor, “Today” and Host, “Who Wants to Be a Millionaire.”