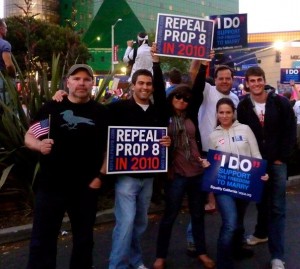 You read about some civil rights movements in history textbooks. And others you live.

On this momentous day in the history of our union, a day in which “E Pluribus Unum” was reflected in more than our nation’s currency but also in the fabric of one of the most significant Supreme Court rulings of our generation, we figured we’d reflect on significant advances toward LGBT equality on college campuses in recent months. We’d like to start that conversation off by offering our wholehearted support to the recent administrative decisions at Smith College, Bryn Mawr College, Wellesley College, and Barnard College. These four all-women’s colleges reversed course in recent months and changed their policies so as to allow transgender students who identify as female to be admitted to their institutions. This was a long overdue policy change and these colleges, colleges that have graduated some of the most influential women in our nation’s history, serve as true trailblazers in the fight for equality.

And these colleges are not alone. Dartmouth College has built an LGBT house, Triangle House, in a sign of unwavering support for its LGBT students and allies. UCLA offers undergraduates the opportunity to minor in LGBT studies. NYU has the First Year Queer and Allies Program so first-year students can learn about all of the resources the university offers to its LGBT students. Berkeley has about 20 different LGBT-affiliated student organizations. USC has the Rainbow Floor. There’s an LGBTQ Guide to Cornell. Princeton offers a course entitled “Queer Theory and Politics.” University of Chicago has an Office of Lesbian, Gay, Bisexual, Transgender and Queer Student Life. Harvard, a university we’ve been critical of in the past for their lack of LGBT resources, has an office of BLGTQ Student Life. And all of this is merely a sampling. We can go on and on with the support so many universities across the United States have shown for LGBT students.

So on this historic day that seemed but an impossible dream just a few short years ago, we tip our hats to universities that have led the charge for LGBT equality. Sometimes, you read about history in textbooks. And other times, you live it. Today, we’ve lived it. In the words of the conservative Supreme Court Justice who today cemented his legacy as one of the fiercest defenders of LGBT equality, “Their hope is not to be condemned to live in loneliness, excluded from one of civilization’s oldest institutions. They ask for equal dignity in the eyes of the law. The Constitution grants them that right.” Thank you, Justice Kennedy.