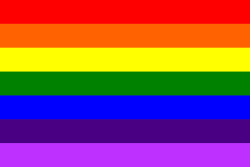 For years, we’ve been championing colleges that champion the LGBT community and we’ve been chastising colleges that don’t do enough for this community. We keep colleges honest in this way, in the hope of encouraging more schools across America to treat the LGBT community with respect, in the hope of promoting inclusivity. And so we figured we’d share with our readers a ranking we came across on the “Best Colleges” website (alright, it’s not like this is “US News & World Report” but we’ll take it) on LGBT student life for 2016.

Ranking first is the University of Pennsylvania. So a school in the Ivy League took first prize. As detailed on the “Best Colleges” website, “Lesbian Gay Bisexual Transgender Center offers peer mentorships, tons of space to study and socialize, and a calendar full of events. They are also a social and political hub for the queer community on campus, hosting over 25 undergraduate and graduate student groups. It is one of the oldest and most active LGBT centers in the country, and has been serving the Penn queer community for over 30 years.” Following on Penn’s heels are the following schools, respectively: Ithaca College, Indiana University, University of Washington, Tufts University, University of Massachusetts Amherst, San Diego State University, Princeton University, Penn State University, and University of Oregon. So two Ivies in the top ten. Not bad.

And it’s not like some other top schools weren’t far behind. UCLA, NYU, MIT, Michigan, and Stanford were ranked among the top twenty. Think a school should have been included among the top schools for LGBT students? If so, let us know which school and why by posting a Comment below. We look forward to hearing from you.