A Salute to Barnard College 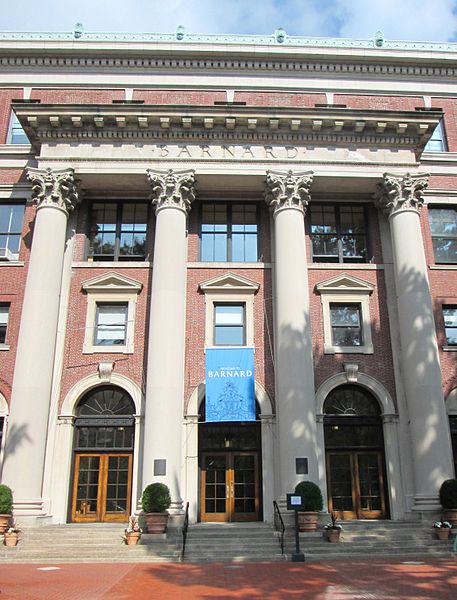 We would like to take the opportunity to salute Barnard College for following in the footsteps of pioneers like Bryn Mawr College, Smith College, and Wellesley College, all-women’s colleges that now accept transgender female applicants. As “The New York Times” reports in a piece by Elizabeth A. Harris entitled “Barnard College, After Much Discussion, Decides to Accept Transgender Women,” “Barnard announced on Thursday that it will begin accepting transgender women, joining a slate of women’s colleges that have created formal policies on whether to admit students who do not identify with their birth sex. The new policy, which the board of trustees approved on Wednesday, welcomes applicants who ‘consistently live and identify as women, regardless of the gender assigned to them at birth.’ Students who enter as female and then transition to male while at Barnard will be able to stay at the college and receive a Barnard degree.”

With Caitlyn Jenner all over the news these days bringing positive publicity to the fight for transgender equality, it’s mighty good to see a school like Barnard College taking note and changing policies that previously did not support such students. It’s also nice to see that even though Barnard is an all-women’s college, if a student should seek to transition to a male identity during the course of college, Barnard will have this student’s back and allow him to graduate. We think that’s pretty cool.

Congratulations to Barnard College for taking this bold step in support of LGBT equality. May other colleges across America follow in the path you light ahead.