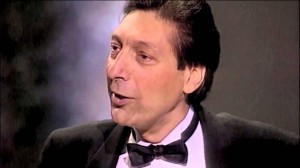 We have a feeling that Jimmy V is smiling down on Yale’s men’s basketball team tonight.

When the underdog has its day in sports, it’s a moment to cherish. Tonight, the Yale University men’s basketball team staged what we believe to be the greatest regular season upset in decades. Tonight, Yale University, a mighty team that could, upstaged defending National Champion University of Connecticut in men’s basketball action by a final score of 45-44. That’s right. The Yale Bulldogs beat the Connecticut Huskies. The defending National Champions. Did we mention that already? Woops. Oh, and did we mention the win came after a 3-pointer by Yale with just over a second to play in enemy territory before the Connecticut faithful?

According to an “ESPN” report on the Yale victory, “Yale’s Jack Montague hit a 3-point shot with 1.7 seconds remaining to give the Bulldogs a stunning 45-44 upset win over defending national champion UConn on Friday night. The shot gave the Bulldogs (8-2) their first win over the Huskies (3-3) since 1986. It came from the left corner, almost the same spot where Texas’ Jonathan Holmes beat the Huskies in the final seconds on Sunday.” The report goes on to say, “UConn had not lost to an in-state school in 28 years, a span of 68 games coming into Friday night. UConn had won 13 straight against Yale, since losing to the Bulldogs’ 77-75 in an overtime win on Dec. 2, 1986 in New Haven. Yale won 12 of the first 14 games between the schools, but UConn had won 28 of the last 30.”

Ivy Coach salutes the Yale University men’s basketball team, that little engine that could, for this remarkable upset. Chris Dudley and all of the Yale men’s basketball players who have come before you are proud of you. It’s rare when the country can get behind Yale. Yale, as an institution, doesn’t exactly scream underdog. But when they’re facing the defending National Champs in basketball, our nation roots for the underdog. And tonight belonged to the Yale University Bulldogs. Well done, Yale! Well done.

While you’re here, check out our recent post on the Ivy League basketball standings.