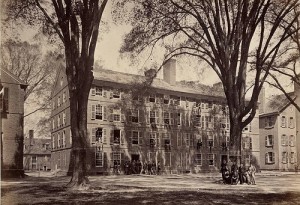 Change is coming to New Haven. Yale will soon be expanding its student body.

There’s an article in “The Yale Daily News” by Greg Cameron and Rachel Siegel entitled “With expansion, changes to recruitment policy unclear” that we figured we’d discuss. As you may know, Yale will be opening up two new residential colleges in the fall of 2017. And that means that Yale will have to admit more students into its student body to fill seats. In fact, the undergraduate student body is expected to increase by 15%. Hear that future applicants to Yale? There will be more slots for you.

The article in “The Yale Daily News” raises the question of whether the expansion of the student body will lead to the admittance of more athletic recruits. Well, here’s the answer: “‘Although the Yale Corporation has had a preliminary conversation about the composition of the expanded class entering in fall 2017, we will not settle on a strategy for some time,’ University President Peter Salovey said in an email. ‘However, I look forward to the opportunities presented by being able to admit about 200 more undergraduates per cohort.’ Salovey said such decisions on athletic recruitment involve conversations with Yale College Dean Jonathan Holloway, Dean of Undergraduate Admissions Jeremiah Quinlan and Director of Athletics Thomas Beckett, all of whom, Salovey said, are in agreement about the University’s present recruiting and admissions strategies. Salovey added that the number of recruited athletes changes from year to year and that questions surrounding athletic recruitment are revisited annually, and will continue to be deliberated upon going forward.”

Have a question about the Yale student body expansion? Raise your question in the Comments section below. We look forward to hearing from you.