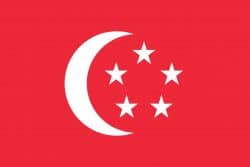 Students who graduate from Yale-NUS College in Singapore do not graduate with a degree from Yale University.

A parent recently reached out to us and let us know that his child got into Yale and will be attending Yale. He then added that the student will be attending Yale-NUS. And while we hate to burst bubbles, that is not Yale. It is not a Yale degree. It is not a Yale education. It’s not like you attend Yale-NUS for a year and can then attend and graduate from Yale. While we had students admitted to Yale-NUS College this year, not one confused Yale-NUS College with Yale University. The two are not the same. A degree from this school in Singapore is not a degree from an Ivy League school. Bursting bubbles, we know.

As reports Ishaan Srivastava for “The Yale Daily News” in a piece about Yale-NUS, “Though it was established as an autonomous college within the National University of Singapore, Yale-NUS does not follow the practice of NUS in releasing an indication of the grade profiles for the majority of applicants admitted in the previous academic year. A section of the admissions website devoted to frequently asked questions states that there is no ‘magical set of courses, grades, essay topics and accomplishments that will guarantee admission to Yale-NUS College.'”

The Closing of Yale NUS
Yale and Singapore