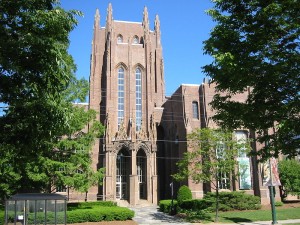 The increase in Early applications to Yale this fall is in line with increases seen at many highly selective colleges. But there is a quote in the article on the Yale Early applications in the “Yale Daily News” that we wanted to draw your attention to: “‘The five percent increase makes it tougher, but everyone who applied early realizes that the process has always been very tough at Yale,’ said Gregory Hosono, a high school senior at Philips Academy Andover, adding that applicants cannot control anything beyond how they present themselves to schools. Hosono said he applied early to Yale as a way of signifying that it was his top choice.” This quote is a bit misleading.

When Gregory Hosono says as a statement of fact that the five percent increase makes it tougher, he’s not necessarily correct. Just because more students apply to a highly selective college doesn’t mean that it will be tougher to get in. If ‘C’ students are applying to Yale, that doesn’t make it tougher for the ‘A’ student to get in. And, as we’ve written many times on our college admissions blog, many highly selective colleges actively recruit students who don’t have a shot of getting in — just to boost their admission rates and, ultimately, their “US News & World Report” ranking. Yale University is no exception.

Have a thought on Yale Early applications? Let us know by posting a comment below!